Learn more and get the facts

What are these vitamins and how do they affect you?
Vitamins and Amino Acids

We strive to stay up to date and give you the latest information regarding the use of IV vitamins.

We would love to hear from you!
Get in touch 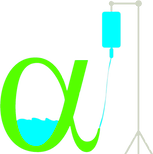 Disclaimer: Alpha Hydration Services makes no claim of diagnosing or curing diseases. Prices and packages subject to change based on national availability. Age restrictions apply. These statements have not been evaluated by the Food and Drug Administration. This product does not treat, cure or prevent any disease. NO DETOX NO NARCOTICS NO EXCEPTIONS We do not offer medical advice. If you feel this is an emergency, please call 911 or proceed to your nearest Emergency Department.
Web Design by
Subscribe to our newsletter
Let's keep in touch!

Stay updated on our news and events! Sign up to receive our newsletter.

Thanks for signing up!
Something went wrong! Please try again!